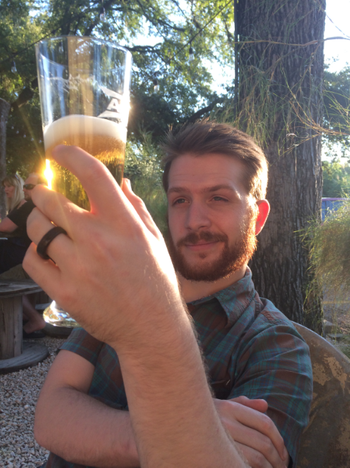 Jason began homebrewing in 2008 while getting his undergrad degree at the University of Houston. After graduation, he began working at Defalcos homebrew shop, where he soaked up the endless knowledge from Houston beer legend Scott Birdwell. He met Brewmaster Aaron Corsi while 8th Wonder was in its start up phase, and after completing a brewing course in Brevard, NC, Jason joined the 8th Wonder team in the summer of 2014. He has been trying to turn the brewery sour ever since.