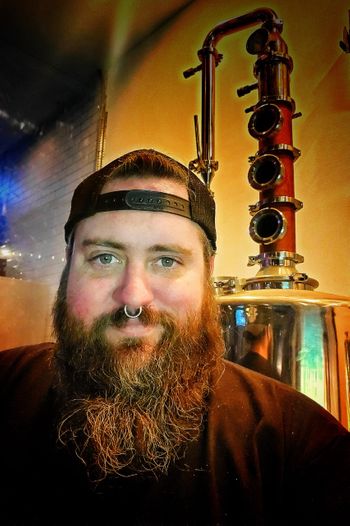 James McDonald has had a lifelong passion for good food and drink. His love for alcohol production blossomed more than a decade ago while studying at the Conrad Hilton School at the University of Houston. While studying he began homebrewing as a hobby, which quickly moved into a full time position at DeFalco’s Home Wine and Beer Supplies (RIP). James worked his way to become the Store Manager, and enjoyed more than five years of tenureship.

From there, James’ voyage through the food and beverage industry has been quite spectacular with stints at Moon Tower Inn (GM and Head Brewer), Dionisio Winery (Head Vintner), Hay Merchant (Beertender and Lead Draft Tech), Flood Independent Distributing, Sixpoint Brewery (Sales Rep), and Brash Brewery (Brewer; James had the opportunity to study under one of the most decorated brewers in the city with an impressive collection of medals for the World Beer Cup and Great American Beer Festival: Vince Mandeville, current 8W Brewer!).

In addition to the previous positions, James has also worked with many much loved local craft beer & cocktail establishments under one title or another, including The Branch, Great Heights Brewery, Julep, Quality Draught, and Petrol Station.