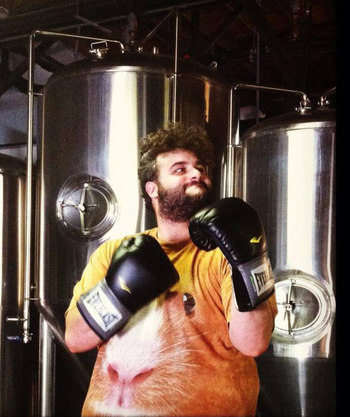 Matt is a born and raised Houstonian. He has been in the kitchen since he was 16. Matt attended the Culinary Institute of America in Hyde Park, New York where he gained a true passion for the food and beverage industry and received a degree in Hospitality Management and Culinary Arts. After recieving his Baking and Pastry arts degree from CIA's California Campus, Matt traveled to Europe to cook with some of the world's best and most avant-garde chefs. Upon his returned to the states he moved to California to cook at Cyrus in Healdsburg Ca. Matt missed the sweet smell of Houston, so he moved back to this great city. In 2010 Matt was reintroduced to Ryan Soroka and Alex Vassilakidis, and they started the Eatsie Boys food truck to much acclaim. You will find Matt dancing at many live music shows and is an avid Phish head.